How the English Kitchen Pantry has transformed in function and design

Storing food and cooking equipment has always been a fundamental part of kitchen design, and has appeared in many different forms throughout history. In the case of English period homes, the pantry has long served as the ancillary of the kitchen, storing an array of equipment, crockery, and perishable goods. While they have evolved in purpose and design across centuries, the pantry has given rise to some of the kitchen’s most essential features as seen in modern homes today.

Considering the resurgence of this important space over the past decade, we explore a few of our favourite architectural periods to discover how the functionalities have changed and what accessories are typically found in an English kitchen pantry.

In wealthy medieval properties, different rooms known as ‘offices’ were allocated to store specific foods and supplies for the household’s guests and members. A larder was often the coolest room and used to store meats, while alcohol was stored in the buttery. The pantry, however, was a closet or cupboard where bread was stored, managed by the pantler, a servant responsible for the stock of bread and other everyday provisions.

The medieval pantry, albeit a basic component of a traditional English kitchen, was a staple, storing the bread, crockery, silverware and linens for the household.

The pantry was a relatively small standing cupboard, with the more decorative and elaborate carved cupboards on display in the dining room. The typical pantry cupboard would have horizontal wooden wall boards, shelf cleats, cupboard doors held in place by wrought nails and a small worktop for preparing and serving the bread and butter. Fixtures and fittings were primitive, with iron lanterns, oil lamps and simple copper hardware.

By the seventeenth century, the function of the pantry had expanded to include not only a bread storage cupboard but also a small room in which a variety of foods could be stored together. Traditionally, pantries were much cooler than kitchens, often north-facing with ventilated windows, making them the ideal room to store provisions to prolong their shelf life.

The butler’s pantry was generally a separate room annexed off the kitchen and used for food preparation and the storage of silverware, valuable dishes, table decorations and cooking equipment. These pantries were primitively fashioned storage areas with exposed, unpainted shelves and barrelled provisions kept below. Often the wooden cabinetry was of considerable size to store extensive amounts of tableware, which were needed to serve several courses during extravagant banquets and other celebrations.

A secondary pantry, called the scullery also evolved out of this concept. It was here that the head maid would do the washing up and launder clothes. This revolutionary room gave rise to the idea of a more specialised butler’s pantry in the nineteenth century.

Throughout the 19th century and as houses began to get bigger, middle-class England embraced the concept of the butler’s pantry. These annexe rooms within grand estate homes were located within the centre of the home, connecting the kitchen and dining room. The pantry varied in size from 12 to 24 square feet and was accessed through swinging wooden doors fitted with kick and push plates.

By the Victorian era, the pantry had become more attractive, with tiled floors, whitewashed walls, pine woodwork and brass brackets. They were also bright, with effective airflow throughout. To keep food cold during the summer months, wooden-slat shelves allowed for effective air circulation, while ice boxes were used to preserve meats and butter for longer.

The furnishings also improved significantly, typically consisting of large worktops fitted with a pair of copper sinks with folding covers for hot and cold water respectively, for washing the valuable china. The room was also laden with large floor to ceiling built-in cupboards and drawers or oversized kitchen dressers storing glass, linens, plates and other crockery.

Often the pantry would have enough room for the butler’s bed and desk. This was an important feature in grand estates, to ensure the silverware was protected from dishonest staff. 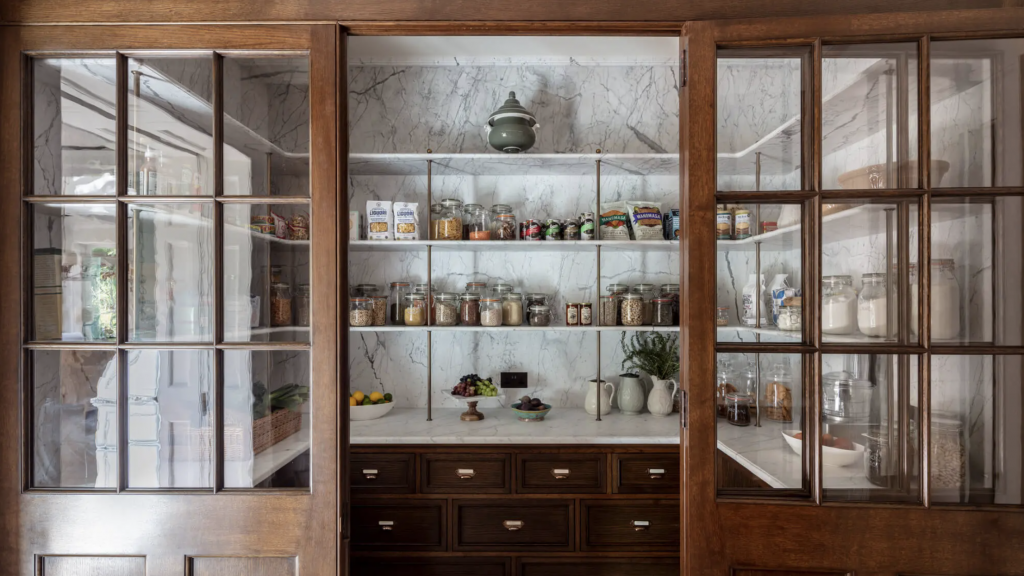 Variations of this butler’s pantry can still be found today in many homes.

Around the middle of the 20th century, following World War II, the role of a pantry as it had once been seen became almost obsolete. The domestic revolution, coupled with better refrigeration and freezing methods made storing food much easier.

By the 1960s, the term “pantry” had evolved into a far less specialised concept, with storage space reducing to a modest floor-to-ceiling cabinet incorporated into the layout of the main kitchen. These pantries were not only used for serving functions when entertaining but housed china, glassware, platters and pitchers. Often the pantry contained glass-front upper cabinets as well as some open shelving for showcasing collectables.

Such fitted cupboards are the staple of any modern day kitchen.

While they have evolved in purpose and design across centuries, butler’s pantries have come full circle in English households since the late 1990s. Although modern homes now boast kitchens larger in size than ever before, an adjoining pantry is now one of the most requested features in kitchen design today.

From these early precursors, pantries have not changed significantly in function, but their design and layout have evolved in terms of sophistication and luxury. In most cases, modern pantries have moved beyond food preparation to act more as a multipurpose storage area. Typically they house dried goods, wines and liquor and even fruit and vegetables. Pantries also extend beyond food storage, including cleaning supplies, linens and cookbooks. From an aesthetic perspective, modern-day pantries allow for less attractive appliances (such as the freezer or microwaves), which look out of place in a period setting, to be hidden from view.

With expansive kitchens and large workspaces, traditional butlers’ pantries now also allow for creative countertop decisions. Homeowners can invest in natural woods, slate, marble or soapstone, in keeping with the Victorian era. Now with plenty of space and storage, traditional ceramic sinks with copper or brass fittings are a popular choice amongst those looking to reflect period design.

Homeowners typically wish to stay in keeping with the traditional pantry style. To achieve this, open shelving or cabinets faced with antique glass can be used to showcase key items. Experts in luxury kitchen design can incorporate beautifully crafted drawers, spice racks, door shelves, butchers blocks and other organisational inventions that don’t outwardly damage the traditional style. Roll out ladders are another creative touch in tune with traditional pantry design.

If you are considering designing a traditional pantry for your home, contact an expert in luxury bespoke kitchen design to start planning your dream space.

Why architects should use CRM software

Why architects should use CRM software

How the English Kitchen Pantry has transformed in function and design

Some of the Best Tips You Should Remember when Restoring Old Oak Beams, Furniture, and More 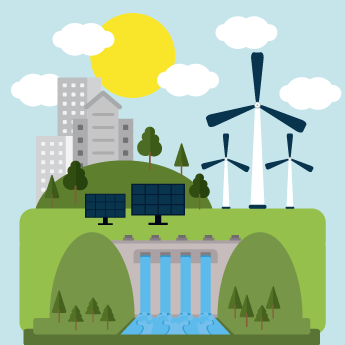